CONEWANGOVALLEYCC.COM
​​4961 Market Street
​Warren PA 16365
Office (814) 723-6480
​  Fax (814) 723-8774
​info@conewangovalleycc.com
Pinehurst, Donald Ross, and Walter Hagen
Conewango Valley Country Club, with its undulating fairways, rolling hills and well trapped greens has a history which began prior to 1916 in Southern Pines, North Carolina. Several members of the old Warren Golf Club went to Southern Pines for their annual quail hunting expedition. While there, three of the participants in the quail hunt, Marshall Parshall, Horace Crary, and C. T. Conarro were introduced to the architect of The No. 2 Pinehurst Course, Donald Ross.  Mr. Ross arrived from his native Scotland to design several prestigious courses in the United States.

After playing that beautiful and challenging course at Pinehurst the three charter members of the Conewango Valley Country Club asked Donald Ross to come to Warren and design a golf course in the Conewango Valley of Warren County. The nine hole course he designed was first opened for play during World War I and those holes constituted the entire course until 1971, when nine additional holes were constructed. The original 'Ross holes' today (2014) comprise holes number 1, 9, 10, 11, 12, 13, 16, 17, 18.

Many players have accepted Conewango Valley Country Club's challenging layout over the decades, not the least of whom was the course record holder in 1927, Walter Hagen. While the course has experienced many beneficial changes over the years through the stewardship of its members, outstanding golf professionals, and greenskeepers, it has maintained its high standard of excellence and challenge to all those who play the game of golf.

The PDF files below represent the initial correspondence, designs, drafts, a sketch work by the legendary Donald Ross.  The actual transcripts/originals of the digital files below are kept in lock box in Warren, County. 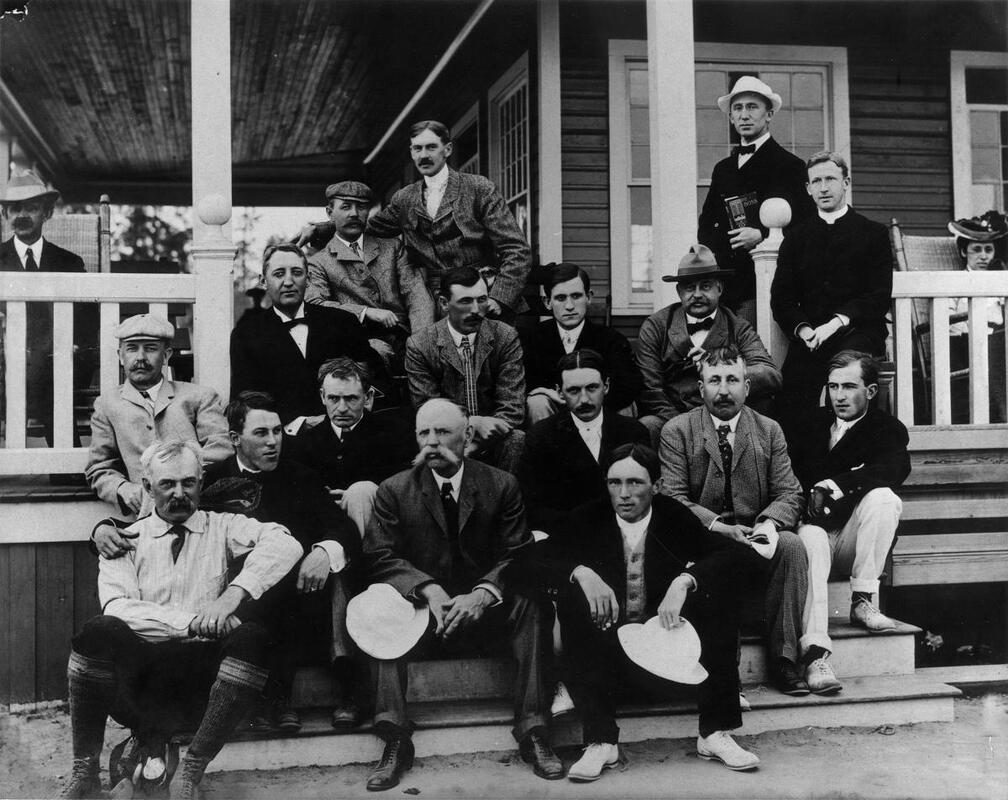 The Tin Whistle Club at Pinehurst, NC in 1904. Marshall Parshall and Donald Ross are seated Amongst the other Tin Whistles. Marshall was CVCC's first Club Champion.